One of the most popular beauty trendsetters of our age is Kim Kardashian West. She has been ruling the fashion industry for a long time. The main reason for her popularity is her perfectly contoured body along with the iconic Kim Kardashian hairline.

Kim Kardashian became a TV sensation in 2006 and since then, she has been the talk of the town. Although most celebrities undergo plastic surgery nowadays, Kim was among those who were the first ones to undergo cosmetic surgery. Moreover, Kim has never been shy about admitting that she has undergone several surgeries to achieve the perfect look.

Below we have shared some secrets from Kim K’s Hair Removal.

If we look back at Mrs. West’s photos from 2007 or 2008, we will see a different woman. Ever since she discovered the world of Botox and laser treatments, her appearance has experienced significant change.

According to Mrs. West, she has always been a hairy person. She told in one interview;

“I have the hairiest forehead you could ever imagine, and I would always break out and get all crackly on my forehead just from all the hair that I had, so in high school, I would wax it off because there was just so much hair, and then I would laser it off a little bit. If you Google 2008 or 2007, I had the craziest, hairiest hairline, so I did laser it.”

The laser hair removal journey that started from the Kim Kardashian baby hair removal didn’t stop there. In the reality TV star’s own words:

“I am Armenian, so of course I am obsessed with laser hair removal! Arms, bikini, legs, underarms… my entire body is hairless.”

About the Kim Kardashian hairline laser, she once wrote on her website:

“I lasered my baby hairs off years ago, because my forehead had all these little baby hairs, and I would always break out because of them.”

The Keeping Up with the Kardashians star doesn’t have any regret in life. However, as far as Kim Kardashian laser hair removal is concerned, she has some regrets.

Mrs. West has told many times that she was the “hairiest” of them all. Since she is a celebrity and they are shown with flawless skins and hairless bodies, her rogue hair was a problem. She never liked the rogue hair, especially the baby hairs, so she got them lasered off.

However, recently she has confessed the biggest regret of her laser hair removal journey. The star confessed about getting her baby hairs removed with laser treatment;

“Every photographer would photoshop them out anyway, and I thought I looked better without the baby hairs, but now I miss them. I think they look youthful!”

While Kim K. feels this way about her baby hairs, this debate is unsettled as people feel differently about it. Some people hate a lot of baby hairs because if they get caught up in the makeup, they cause oily buildups. Moreover, flyaways are extremely difficult to style. On the other hand, some people hate not having any baby hairs as it makes the face and hairline appear too perfect to be real.

Being the biggest advocate of cosmetic surgeries and Kim Kardashian laser hair removal, she has got beauty advice for the ladies.

She said in one of the interviews where she shared her biggest beauty regret;

“So, ladies, you can always laser your hairline, but I miss mine,” The celebrity urged the ladies to think twice before they permanently alter a part of their body. Nobody should undergo a cosmetic procedure because it’s trending. Plastic surgery is a huge decision that is irreversible in most cases. So, before jumping on the bandwagon, make sure you are 110% sure about it. 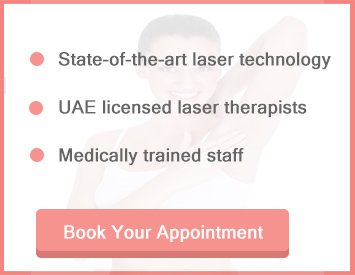